ICON: This is a long time coming, as many have known this to be the case already, but it has not been acknowledged by the Federal Government. Please read the following article published by AP.

The violence “threatens to become even deadlier” and could undermine national stability ahead of elections next year, the International Crisis Group report says, adding that the conflict “has taken on dangerous religious and ethnic dimensions.”

More than 1,300 Nigerians died from the farmer-herder conflicts in the first half of this year, while the death toll from the Nigeria-based Boko Haram’s insurgency was about 250.

The clashes are a growing security concern in Africa’s most populous country, which is roughly split between Muslims in the north and Christians in the south.

The herders, mainly Muslims from the Fulani ethnic group, and the mostly Christian farmers are fighting over land and water in Nigeria’s fertile central region. The threat from Boko Haram in the country’s north has pushed the herders south into more heavily populated areas in search of grazing land, while climate change is also a factor.

Nigerians were shocked last month when more than 200 people were killed after herdsmen invaded a number of villages in Plateau State. The government sent in counterterror units to end the bloodshed in one of the deadliest such confrontations this year.

The government of President Muhammadu Buhari, a Muslim former military ruler who won office in a democratic transfer of power in 2015, has not done enough to contain the conflict, the new report says.

Presidential spokesman Garba Shehu did not respond to requests for comment.

Tensions and violence have increasingly flared between herders and farmers with some estimates suggesting that in Nigeria alone up to 60,000 people have been killed in clashes since 2001.

Tensions between the Fulani, the majority of whom are Muslim, and farmers, of whom the majority in Nigeria for example are Christian, is largely driven by economic causes and low levels of peace. 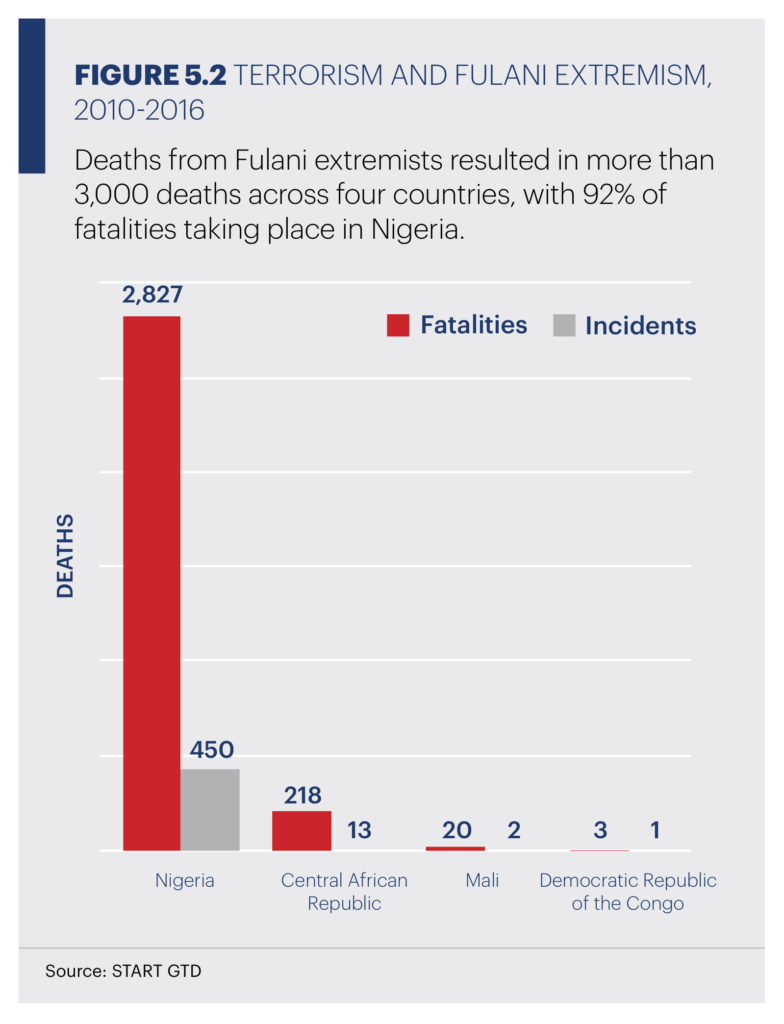 Call for Special Envoy to Nigeria 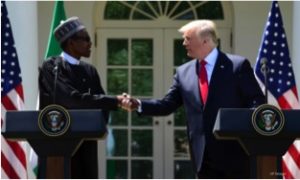 ICON is requesting that the United States government send a Special Envoy (Coordinator) to Nigeria and Lake Chad Basin. The specific purpose would promote, develop and coordinate an adequate response to the crises in Nigeria.

The nation of Nigeria is a strategic interest to the United States. Nigeria stands at the intersection of North Africa and Sub Saharan African. Of the top 25 most populous countries, Nigeria has the highest social hostilities around religion.1As Africa’s most populous state; it is also the largest economy in Africa and is influential in African politics and business. The current situation in Nigeria threatens to undermine its stability. This would result in decreased trade with Nigerian and U.S. companies, as well as start a mass influx of refugees escaping the violence. In short, it is vital U.S. economic, political, and national security to confront the issues that endanger Nigeria today.

While we were encouraged by President Trump’s comments regarding religious persecution and his meeting with two Nigerian Chibok girls who were kidnapped by Boko Haram, the situation in Nigeria continues to deteriorate. Some Fulani militants, emboldened by the actions of Boko Haram, have begun using violent tactics against civilians. Although President Buhari has labeled some of these attacks as “terrorism”, overall, the Nigerian government’s response to the situation is too weak. The growing trend of violence we see in these attacks will destabilize the nation if we do not act soon.

Key Facts about the Current Situation in Nigeria:

The rising violence in Nigeria is dividing and separating different religious communities that are deeply tied to their ethno-religious identity. Some groups have claimed that the violence can be explained away as a result of cattle rustling; we believe, however, that conflicts of any kind should be resolved via proper legal channels.  Again, we ask that the U.S. send a special coordinator to help counter the increasing violence in Nigeria, which jeopardize the stability of Nigeria, Europe, and the United States.

Become Part of the Solution: Stand With Nigeria

As individuals, we often feel helpless and ask, “What can I possibly do to help?” The answer is always, “Something”. Obviously, you can pray for the peace and security to return to Nigeria, but there is so much more. You can build awareness through social media, donate to those bringing change, raise your voice within your community (i.e. religious circles, political leaders, etc.). Finally, build your network within your faith community, ourselves and others working to bring about a lasting solution.

Please take a minute to add your name to this crucial piece of legislation.

Nigeria border shutdown over ‘poisonous’ rice. Which border? Doesn’t matter since “As many as 21 of the 39 rice-producing countries in Africa import between 50% and 99% of their rice requirements.”

Nigeria, Happy Democracy Day – The Sequel. Not much to celebrate if we seriously look back at the past 18 years.

ICON, in conjunction with Heritage Foundation and 21Wilberforce hosted Gen. TY Danjuma and Gov Darius Ishaku to challenge the narrative in Nigeria.

ICON is a multi-stakeholder NGO working to secure a future for all Nigerians.

Any cookies that may not be particularly necessary for the website to function and is used specifically to collect user personal data via analytics, ads, other embedded contents are termed as non-necessary cookies. It is mandatory to procure user consent prior to running these cookies on your website.